Can a Tea Party splinter group forge a conservative approach to clean energy?

According to a ClearPath poll conducted at the end of last year, 72 percent of Republicans think we should take action to accelerate the development and use of clean energy in the United States. About 56 percent believe that climate change is real and at least in part connected to human behavior. Despite these stats, the environment remains an issue that GOP candidates typically steer clear of.

Debbie Dooley wants to change that.

Dooley was one of the 22 original founders of the Tea Party. She has since started a new group called the Green Tea Coalition to tackle energy reform from a conservative perspective. She’s also president of Conservatives for Energy Freedom. She doesn’t think the environment should be a partisan issue.

She spoke with The Takeaway’s John Hockenberry, as the Republican Party held its caucus in Nevada. The below is a transcript that was lightly edited for length and clarity.

Debbie Dooley: I support all clean energy, I think it's more fiscally responsible to prevent damage to the environment than it is to try to clean it up, but I'm not anti-coal or anti-fossil fuel. I'm pro-consumer and believe we should promote innovation. Our nation has always promoted innovation, not stagnation.

John Hockenberry: Why is climate change a non-starter for so many of the folks in the Tea Party and in the Conservative movement, but when you frame it as energy independence, it’s a completely different kind of thing?

Debbie Dooley: Right, because it’s all about the message. For example, in Georgia, at the beginning of 2013, I was the first conservative in the state that actually began to strongly advocate for solar.

A lot of times, the narratives that Conservatives and Republicans have heard are coming from groups connected with fossil fuel interest. There was a scientist named Ivan Pavlov that conditioned his dogs - when you hear a certain word or a bell or a whistle, you react - and Conservatives have been conditioned that when you hear solar, you hear, oh, that's bad. It's only for Liberals or Treehuggers, and it's related to climate change!

So Conservatives have been conditioned like Pavlov's dogs, in your view?

Debbie Dooley: Yes, that's something I actually believe. When you hear solar, they've been conditioned to react a certain way.

I have seen poll after poll that show that with the right message, Conservatives, even Tea Party Conservatives support solar. But if you bring climate change into the mix, that will go down. Ronald Reagan said that being good stewards of our environment should not be a partisan issue, and I think it is extremely unfortunate that special interests have made this a partisan issue. I am working to change that.

There's a lot of solar lobbyists on K Street. Are you in the pocket of the solar industry, do you have solar investments?

Debbie Dooley: No, that would be ridiculous! But I receive funding from a variety of different people in different groups, it’s not just one. My funding is below a shoestring budget, so to think I'm in the pocket of anyone is totally and completely ridiculous.

The Wall Street Journal says that there are solar subsidies that end up going to big banks, even though they're intended to benefit low income consumers - and that the whole incentive structure in Nevada is a bit of a scam on its face.

Debbie Dooley: The biggest incentive and subsidy that's out there is the monopolies. They're subsidized by captive ratepayers, utility customers. Fossil fuel has been very heavily subsidized since 1932, and fossil fuel is still being heavily subsidized. Nuclear is the same way: the first 15 years of nuclear, the federal subsidies accounted for 1% of the federal budget. The first 15 years of solar, you're not even looking at 1/10 of 1% of the federal government. I don't believe in the government picking winners and losers, so some of the same people I see criticizing solar subsidies are being very hypocritical because they're not saying one thing about the massive subsidies that monopolies receive and fossil fuel interests receive.

Debbie, do you think this is gonna be a major issue in the national campaign on the Conservative side as we get between here and the convention?

Debbie Dooley: Oh, I think it absolutely will be! And I think the Republican candidate that can begin the message of, let's remove the barriers, let's advocate for energy freedom and clean energy - they don't have to mention climate change! As long as they're advocating for energy freedom, and energy choice and let's remove the barriers and not let monopoly stand in the way.

Debbie, do you have your own personal investments in solar companies, any pension investments, that sort of thing?

Debbie Dooley: Well I don't, and it’s because I don't have money to invest. I gave up a good-paying job, I mean, it costs me to advocate on behalf of energy freedom and solar, so I went through any money I had so I could actually live. I went through my savings. I have no investments. I don't have money to invest. But if I did, I would invest in solar because I think that is the future - is solar.

Conversation:
Caught Between Erosion and an Oil Rig 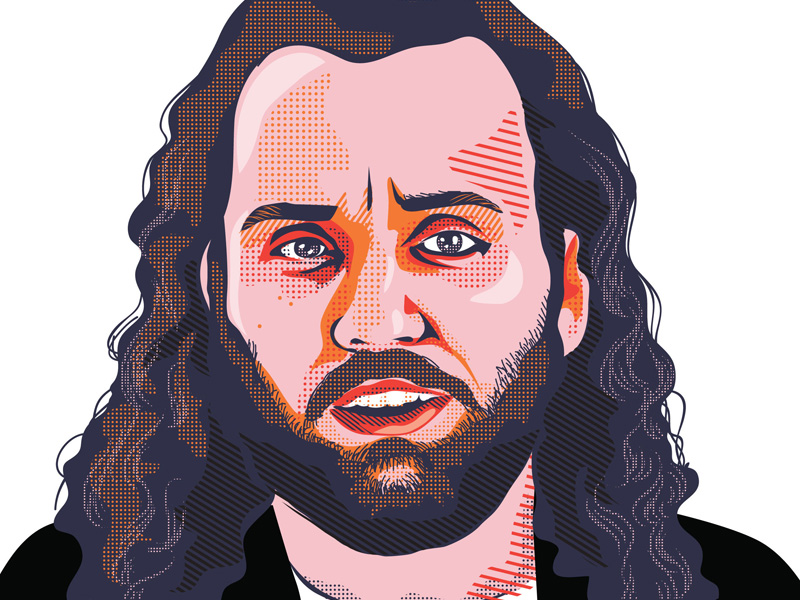